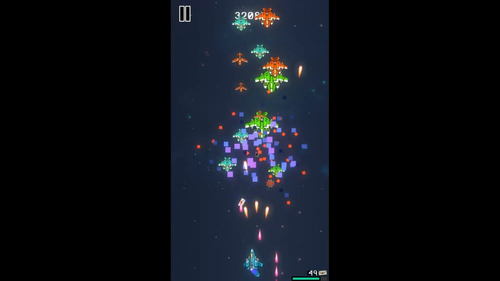 Just a few days ago, I went ahead and released SpaceMail for the desktop. Admittedly it took a day or two after the release before I became excited about seeing how far this has come. For the time being, there are some core elements I may want to change. And for that reason, I'm considering it early access.

SpaceMail was originally a mobile game. It's still available on Android and iOS, but after a hiatus, I realized I was spending a lot of time attempting to deploy to these platforms. Now I am actively focusing on the things I enjoy most about game development. I had so much fun developing this release for desktop that I think I will continue to put a majority of my focus into desktop games on this platform.

Help Melmun Phil blast those pirates out of the sky and get his mail back!